Spent this afternoon getting all my stuff ready for Chile, as well as having a bit of a dance around my flat and pottering around. Decided to get some fresh air and exercise by having a walk up Leckhampton Hill to catch the sunset. Managed to just get it, and had the top of the hill to myself to watch the oranges and yellows turn to pinks and blues and spot the trails from the planes in the sky.

After a hectic month (December always is) it was nice to get a bit of solitude and peace up high. Always makes me feel a bit calmer and chilled out. 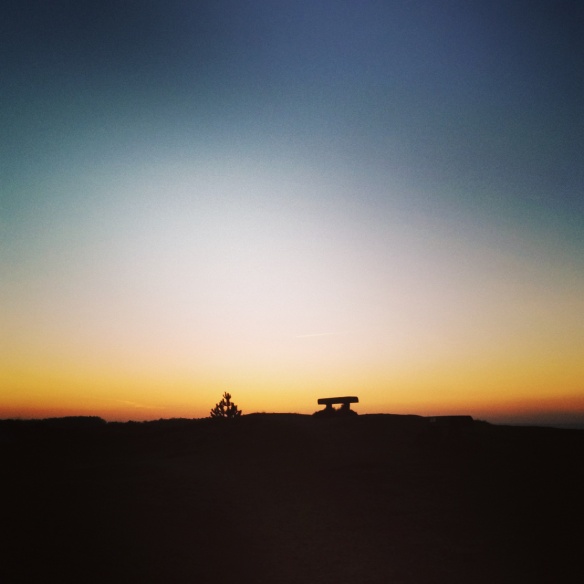 Friends Christmas was hosted at Marsha and Rich’s place in Bristol today. After the events of the last two days I have to admit I was slightly jaded so it was a relatively alcohol-free day for me, but to be fair, Christmas Day usually is.

What a lovely, chilled out day we had. Apart from the afternoon walk we had out to the Clifton suspension bridge we spent the day just eating (we pretty much grazed constantly) and playing games. I’ve had Articulate for years but every time I play it the laughs always come from either a) the weird descriptions people come up with, b) the lack of understanding between partners “do you not know me AT ALL”, c) the hand gestures “just pointing and moving your hand does NOT HELP or d) the helpful hints everyone says after the round “you should have said ‘XYZ’, I would have got it then”.

Thank you so much to Marsha and Rich for hosting me and Sam in your boooootiful new flat, so lovely to spend the day with all you guys. 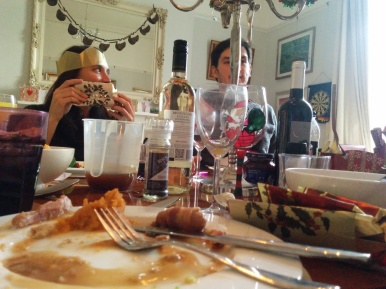 Not going to lie, going to BMF was a bit of a struggle this morning. I was still drunk. Then Bev had the wine out by 9.15am. Hair of the dog, she said. It will help, she said. Still trying to work out whether I agree with her or not.

Drunk or not, it was a fun session which did involve some running around and exercise-type stuff but mainly for me it also just involved a lot of laughing. We all love Mark’s sessions. He somehow manages to make them so much fun but hard but yet ones where we all push ourselves, rather than being pushed my someone else per se.

An interesting end to the session involved me finding a penguin finger puppet which must now accompany me to Chile, Frank Skinner being accosted for a photo with us, me getting awarded the ‘Biggest Bluffer’ award (hmmm…) and then mulled wine and stories of Mark and Sarah’s interesting parenting techniques.

Bev, Dave and I then decided it would be a MOST EXCELLENT idea to go for cocktails afterwards.

At 9pm that night it dawned on me that that was probably NOT a most excellent idea when I finally got home and realised I’d just topped up from yesterday and probably would only just be prolonging the hangover…..

Ah, it’s Christmas innit? Much fun and laughs were had. 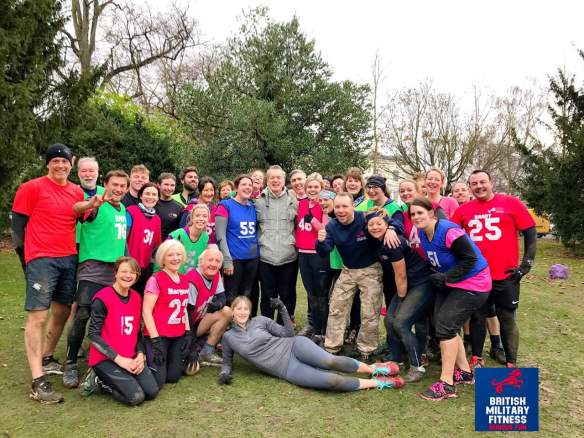 This is the ONLY photo I had from today so is the default picture I have to use. Taken because the chimney sweep hat came out so I took a cheeky selfie on the way to the pub as it’s a rare appearance. The plan was to have a couple in the pub with my friend James then head to the carols in Pittville Park.

A couple turned into the whole day drinking, with all sense of time forgotten and no thought to getting any other photos for the day. Pity, as I know how much James loves a selfie.

Or I could have taken a picture of James’s friends Pippa and Ben who were just fabulous. Or his Nan who was lovely (memory gets a little hazy from here on), or his sister and friends in the last pub we went to (definitely can’t remember much of that apart from it was all very jolly). Or my neighbour Aelred who knew what time I got home, even if I can’t remember. Me on Saturday morning “I don’t know what time I got in”. A: “11pm”. Me: “Oh was it? How do you know?”. A: “You were pretty loud.”. Me: “Oh. Oops. Sorry.” 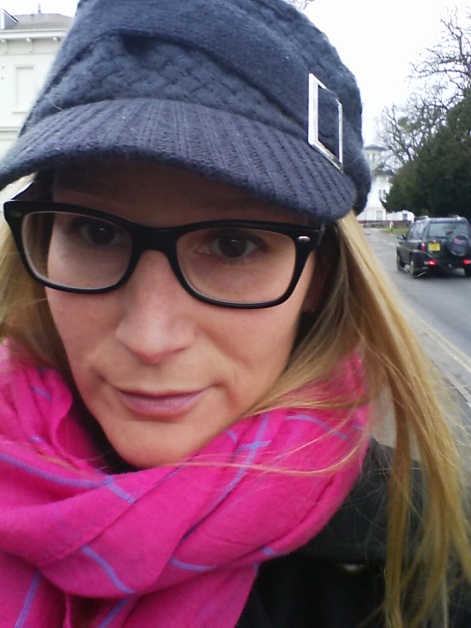 So tonight should have been BMF and then a recce pack to check I’d got everything from my trip. Feeling a bit tired after last nights partying so tonight was actually watching Black Mirror and watching the fairy lights sparkle. 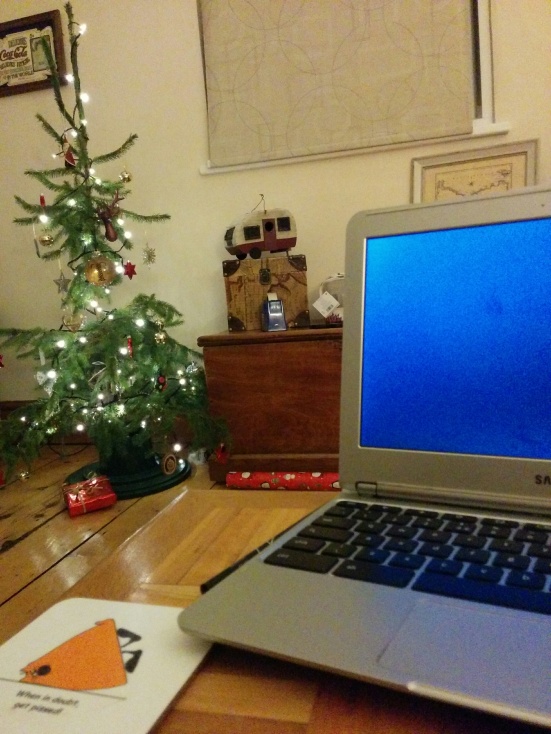 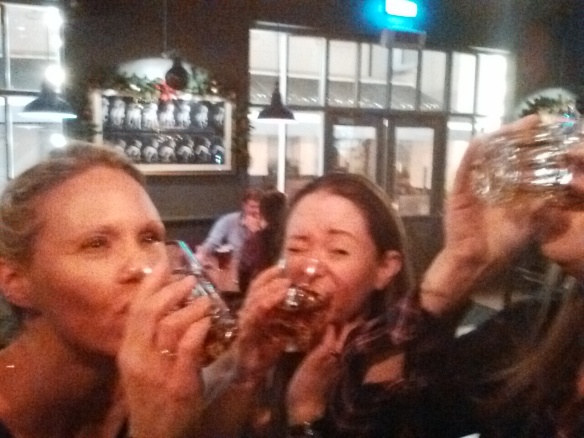 Got a bit of an obsession with these at the moment. So much that they make my tongue hurt because I like licking the salt off them. New year health kick badly needed. 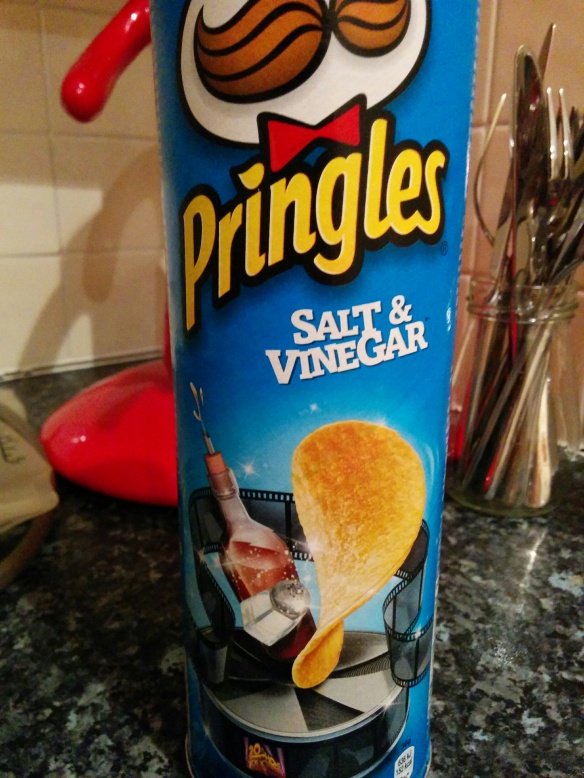 Chit chatting with my landlord today: Him: “Oh, that reminds me, I need to serve you notice”. Me: “Errrr, what?”

What he actually means is give me some formal notice that he’s moved house. Phew. It’s all about the terminology Mr G!

I absolutely LOVE my little flat here in Cheltenham, it’s totally perfect for me. I’d love to own it actually, but a) I already own a house and b) that’s way too much commitment for me. Renting works for me right now.

It’s teeny tiny, in the roof of a villa and is my home. Filled with all my random crap and not always tidy, and probably the smallest place I’ve lived. But definitely my favourite. For sure. 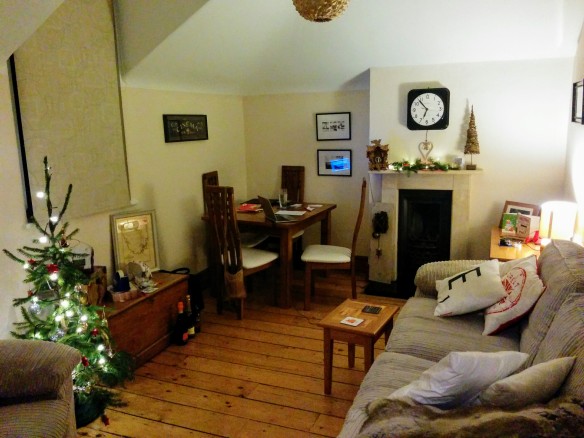 Despite the mild hangover from a day of drinking, we managed a 14.5 mile Christmas hike from one end of The Malverns to the other (and back again). Mostly in fog, but at points there were some pretty sweet views and a cracking sunset from the top of the beacon. Can’t beat a day of fresh air outside. 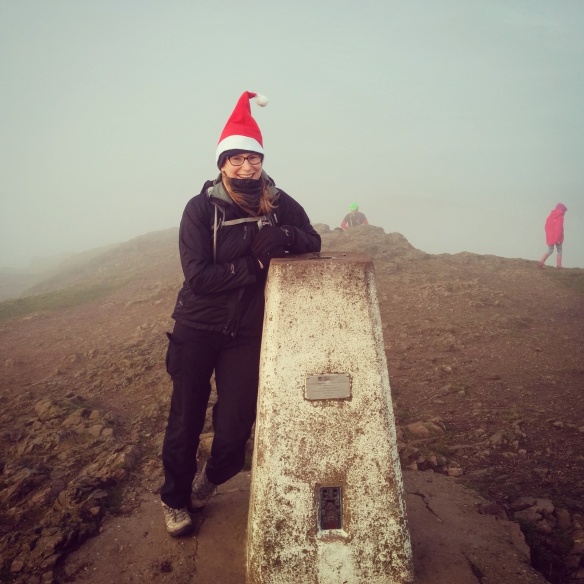